Every Spanish speaker can be rightly proud that “our” language is so international. It is an official language in twenty-one countries in North, Central, and South America, Europe, and Africa. The Asociación de Academias de la Lengua Española provides oversight and stability while respecting dialectal differences.

Another measure of the success of Spanish as an international language is the fact that Spanish speakers from four continents — Europe and the three Americas — have won Nobel Prizes in Literature. The chart below summarizes this achievement. The commendations are from the “Official Website of the Nobel Prize”. 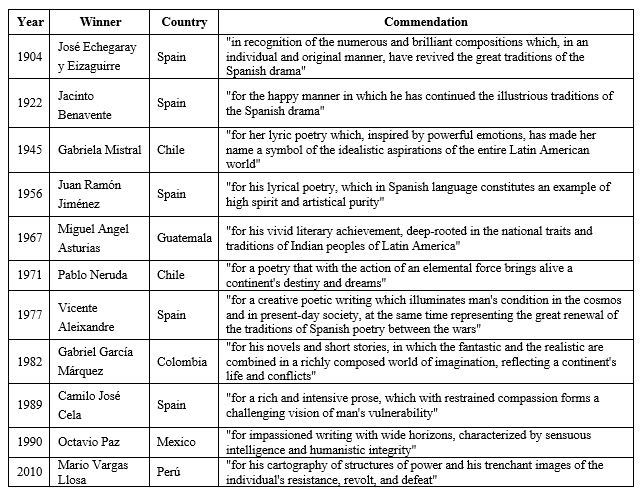