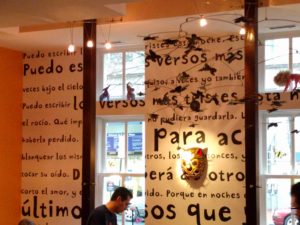 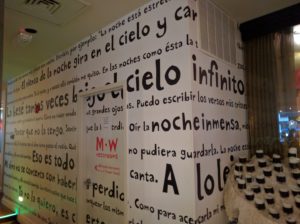 My home-town newspaper, the Scarsdale Inquirer, just published this article about ¿Por qué?. My dad, my biggest fan, was thrilled to see the article, even though it completely sidestepped his role in my ancestry. This is ironic since it was his abiding interest in Spanish that inspired me to take up the language in the first place, whereas my mom had studied French and barely spoke a word of Spanish. That wrinkle aside, it’s a nice article. 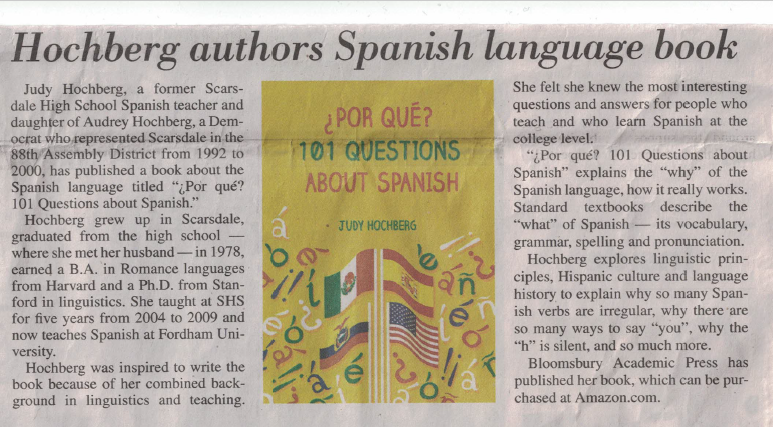 From the Scarsdale Inquirer, Friday, January 6, 2017

I’m still planning to get around to that “Cervantes on the beach” series, but first have to fulfill my civic duty this weekend and protest in Washington, DC. Will be back on Sunday if not in jail.

I owe my readers an apology. In my previous post I promised to write several posts about the Spanish of Cervantes. Instead, my recent days have been devoted to annoying grownup stuff (car trouble, health insurance wrangling), happy grownup stuff (visiting my grandchildren), and also sending out “blast” emails about my book. All important, yet distracting.

This makes it even more awkward that my first post since promising Cervantes is, instead, about Portuguese! But I couldn’t resist, and you’ll see why.

My “blast” emails have given me the chance to reconnect with some friends and family I haven’t been in touch with for a while. One childhood friend wrote back, “I have been studying Portuguese and this has made me wonder about why Spanish is so much more complex.” In direct contrast, a cousin of my husband’s asked, “when will you do [a book] on Portuguese, in my opinion a more difficult and mysterious language?”

I hate to disappoint both my old friend and my cousin-in-law, but I have never studied Portuguese and have no idea how it compares to Spanish in difficulty. I do know some interesting factoids about the difference between the two languages:

However, none of these factoids has anything to do with the relative difficulty of the two languages. Perhaps some readers will write in and help with this question. Please!

In the meantime, anyone interested in Portuguese is recommended to read the delightful “not just a physics memoir” Surely you’re joking, Mr. Feynman. Its chapters on Feynman’s time in Brazil show how learning a foreign language can open unexpected doors.