Reader Alice B. shared with me a decorous linguistic debate conducted on the wall of a toilet stall in Sevilla. The sign that sparked the debate, complete with its series of scribbled-on comments, is shown below. This article (in Spanish) discusses the debate at length, and includes various tweets that it inspired. 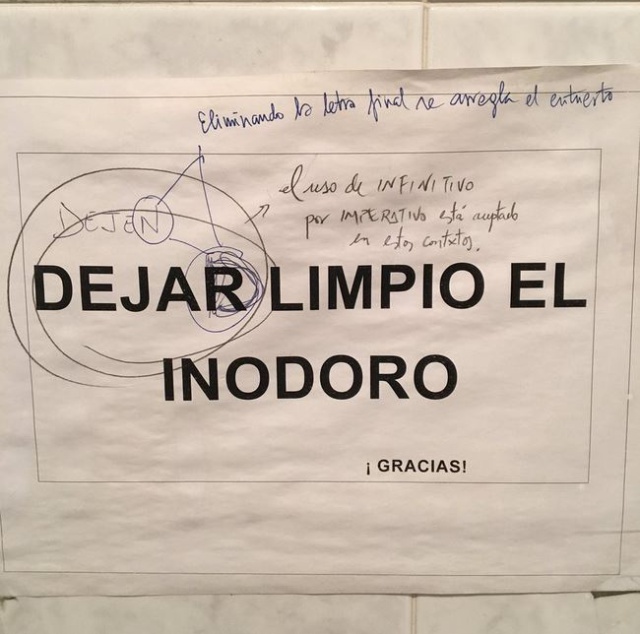 To summarize the debate:

I love Spanish! Can you think of any aspect of English grammar that would inspire a similar series of emendations and comments?