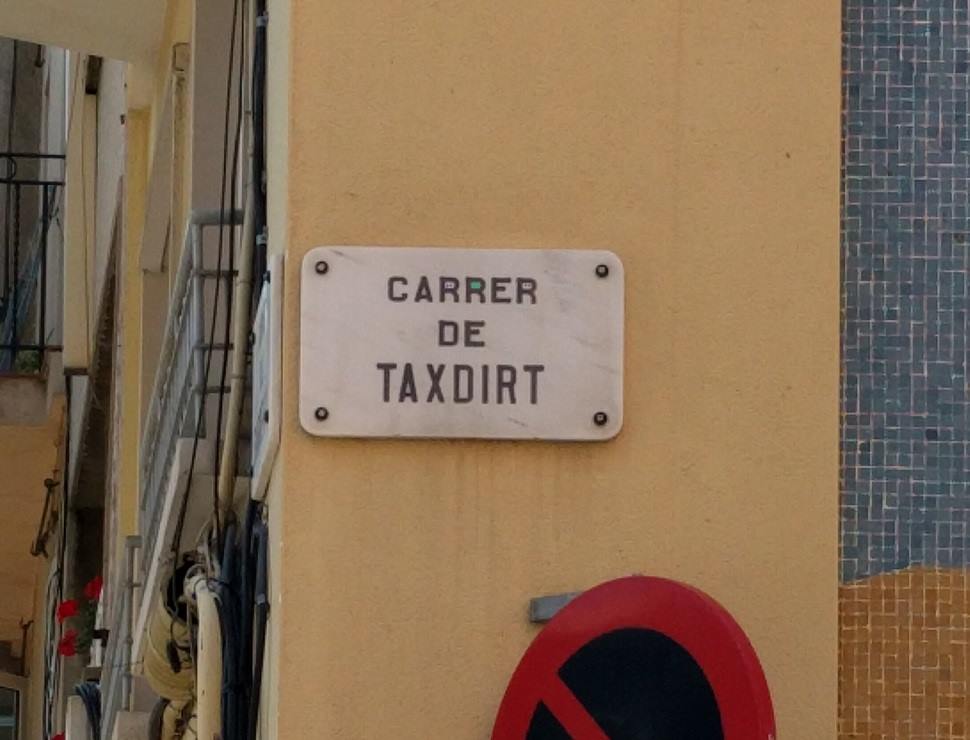 My first-semester students are always surprised to learn of the existence of Equatorial Guinea, the Spanish-speaking country on the Atlantic coast of Africa. Equatorial Guinea became independent from Spain only in 1968, and Spanish is still its majority language.

It was my turn to be surprised when a student of mine from Morocco mentioned that he had been to Ceuta in what he called “Spanish Morocco”. When I looked this up, I saw that Spain controls both Ceuta and Melilla, two small cities some 140 miles apart on the northern coastline of Morocco, with a total population of about 150,000.

The cities are autonomous cities, and are not part of any Spanish province (comunidad autónoma). Although they have been Spanish for centuries—Melilla since 1497, and Ceuta since 1668—Morocco still disputes Spain’s claim to them. Diplomatic sparks flew most recently in 2007, when the King and Queen of Spain visited Ceuta and Melilla, inspiring celebrations in the two cities and protests elsewhere in Morocco.

The other Spanish territories you can see on the map above the video — Peñón de Vélez de la Gomera, Peñón de Alhucemas, and Islas Chafarinas — are Spanish military garrisons on three tiny islands, two of them smaller than Alcatraz. (Peñon means a big rock, as in the Rock of Gibraltar.) And of course, Spain still holds the Canary Islands, off Morocco’s west coast.

Like Gibraltar and the Falkland Islands, which are still in British hands, the Spanish territories in Africa seem anachronistic, relics of a bygone, heavily militaristic past during which the world’s colonial powers were still duking it out for control of the Mediterranean and Atlantic sea routes. The Canary Islands, for example, were a useful stopping-off point for Spanish ships sailing to the Caribbean. But just as England still clings to its territories — and even showed, during the Thatcher regime, that it was willing to fight for them  — and as the United States holds onto Guam, Wake Island, and its other territories, Spain is unlikely ever to cede its African possessions. They will probably never be of strategic importance again, but “better safe than sorry”, ¿no?